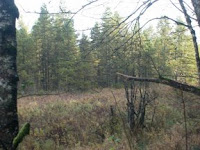 "David Jolly, a student at Missouri Western State University, writes an incredible account of their five days of 24-7 prayer in November. Through faithful prayers gone up for a student named Gerrick who had been diagnosed with cancer, God responded powerfully. David shares with us, "Gerrick Ingram is 100% cancer free, without any surgery or radiation!"

"My name is David Jolly, and I am student at Missouri Western State University. Recently, I read the book Red Moon Rising, and I must say that it blew me away. Reading that book sparked the idea to have 24-7 prayer on our own campus. Our 24-hour prayer started November 5th and lasted for five days, and we prayed at the clock tower right in the middle of campus.

"The first night couldn't have gone better. It was a cool sixty degrees and the wind echoed with the songs of angels. God presence was definitely with us that night. At first, we were worried that the whole project would fall through because all the hours had not been filled up. But, after a visit to the boiler room in Kansas City, we realized that anything is possible with God - we were going to go through with it no matter what. Throughout the week, the hours that were not filled began to fill up like magic. People started to catch on to what God was doing. About halfway through the week, we had a nighttime worship session. It was freezing cold and we were all tired, but the minute that we started to sing, God's love met us and warmed us right up. It dawned on me at that moment that God was actually moving on this campus! We became a family that night.

"The rest of the week was fantastic, and it was funny to watch students pass by the clock tower and see someone praying. After a while, they figured out what was happening, and instead of being hostile, it seemed as though they wanted us to pray for them. We ended our week of prayer with another worship session that lasted until two in the morning. Isn't it great when you get lost in worship? I know that our lives will be changed dramatically from these encounters with God, and His power and mercy definitely rocked us.

"We were deeply impacted one story in particular. A student named Gerrick Ingram was diagnosed with cancer a few months ago. Gerrick is a man on fire for the Lord. Throughout the week of prayer, we spent hours praying for him, and he spent much more time praying for himself. Gerrick knows that God has a plan for his life, and he was determined not to leave this world yet. Just a week after our five days of 24-7 prayer, Gerrick told us all that 95% of his cancer was gone. But, it gets better! A week after that, he went back to the doctor for testing, and to everyone's surprise, there was no sign of cancer in his body. Gerrick Ingram is 100% cancer free, without any surgery or radiation! He was healed by the power of God! He is a walking testimony and living proof that Jesus does exist.

"24-7 prayer is powerful. Look how much God changed the lives of people in just five days on the small campus of Missouri Western. Imagine the possibilities if we all agreed in prayer as brothers and sisters in Christ, every day. Imagine it - and let's make it real! God bless you all."

"All that is, is sacred because all that is speaks of God's redeeming love. Seas and winds, mountains and trees, sun, moon, and stars, and all the animals and people have become sacred windows offering us glimpses of God." ~ Henri Nouwen